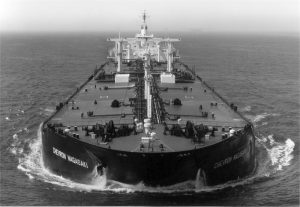 As a senior Ships officer, navigating Very Large Ships from the Pacific Ocean, through the Strait of Singapore around the Cape of Good Hope and into the Atlantic Ocean. After 10 years at sea, I started a new career with Nestlé.  For the first time I was confronted  with the question how to facilitate strategic change due to the introduction of new information Technology at all levels in the organization. 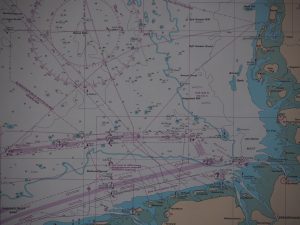 I realised ,that due to the distribution of Information,  production/process Automation and A.I. simple jobs disappeared and managers became operators.

Decision making, responsibilities directly influencing output, cost effectiveness, quality and customer satisfaction was actually laid down at ever lower levels in the organization. These changes happened at all levels in the supply chain. 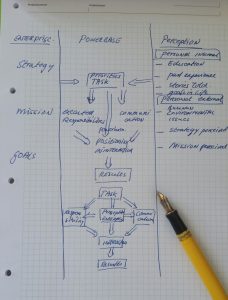 After my sudies Organization & Management, I made a synthesis of my know-how and my in field experience, that resulted in a methodology. This methodology was tested in the production industry, airline industry, major financial and administrative institutions, triggerd by the existential Question: And..now?